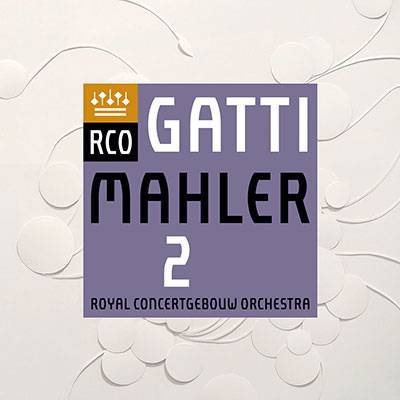 Gustav Mahler and the Royal Concertgebouw Orchestra are inextricably linked. Willem Mengelberg’s pioneering work and Mahler’s guest directors with the orchestra laid the foundation for the Dutch Mahler culture and performance tradition, which has since flourished among all chief conductors. As a guest conductor, Daniele Gatti has in recent years produced four Mahler symphonies with sensational and convincing interpretations with the Concertgebouw Orchestra. After the Fifth, Ninth, Sixth and Third, the Second Symphony is Gatti’s first Mahler Symphony as chief conductor. With this recording, RCO Live is starting a new Mahler integral.

“Gatti is a conductor who makes you think about what interpretation is, must be or may be in 2016.”
– Mischa Spel, NRC