Last summer we had the privilege of working with the world-renowned brass ensemble WorldBrass. An ensemble with a unique sound and, as befits the name, a diverse makeup of musicians from around the word. To capture their unique sound we recorded the ensemble in the biggest studio at the Muziekcentrum van de Omroep (MCO) in Hilversum, Studio 5. The unusual and simplistic appearance of the studio can be misleading: prefab staircases are used high up on the walls for diffusion of the sound and retired airplane seats are scattered around for any eventual audience members. But if you can see (and hear) past this first impression what you get is a great sounding hall: a rich natural reverb with an open sound, something that this ensemble with brass and percussion was more than happy to take advantage full of.

Throughout the recording you can hear the characteristic sound of this studio that needed no artificial reverb but just the right placement of instruments and microphones. Some acoustical treatment was necessary around the instruments to correct for the directness of the brass instruments versus the omnipresence of the percussion. And on some occasions, when a distant sound was called for, one or more musicians were simply placed at the far end of the studio. Even some of the sound effects were recorded in the studio, with the players marching, clapping and running around the studio!

In addition to stereo and surround we recorded everything in Auro 3D and we hope to be able to give you a preview of this in the near future. The resulting World Brass (SA)CD will be the released on the Pentatone label May 1st, 2016. An unusual recording that comes highly recommended! 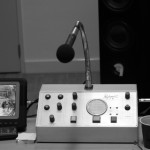 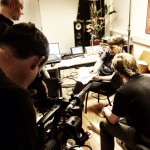 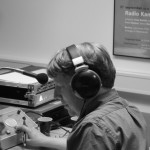 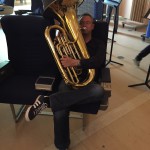 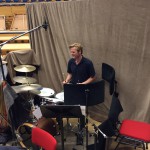 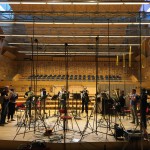 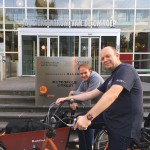 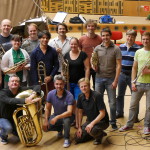 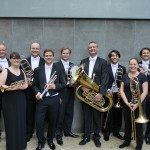