This week Jean-Marie Geijsen and Karel Bruggeman  are recording in the Berlin Philharmonie with the Berliner Philhamoniker and a Japanese team for an innovative live DSD (5.6mHz) internet streaming event.

Polyhymnia International was asked to bring their state of the art analogue equipment to record a French composer program for large orchestra, choir and soloists, including works by Olivier Messiaen, Claude Debussy, and Maurice Durufle.

The idea is to use a minimal microphone setup to stream a 2.8mHz, as well as a 5.6mHz, DSD stereo version over internet, free of charge and available to everyone. The only limitation for playback is that you need a KORG D/A or a Sony D/A with special software.

We started with 16 microphones and are down to 4, the AB main system and a stereo pair high up to the ceiling for ambience. Our next goal is to eliminate the ambient pair and end up with only the AB main system in the best possible position. So far, the resolution and sound has been absolutely remarkable. No need for support microphones on the choir or the soloist. The design of our state of the art custom-built microphone pre-amps makes it possible to  combine two outputs without the need of a mixing desk. The result is a very clean and transparent analogue audio signal, directly connected to the stereo A/D converters.

This project is the general rehearsal for a live DSD streaming event on April 11th, 2015 at 8pm. The program will be Berlioz’s “Le Damnation de Faust” with the Berliner Philharmoniker and the Rundfunkchor Berlin soloists, conducted by Sir Simon Rattle. 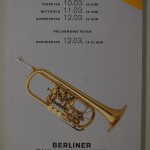 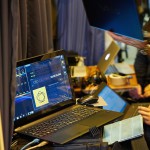 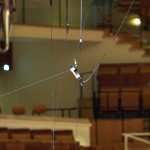 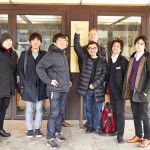 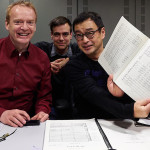 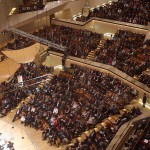 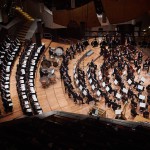 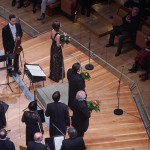